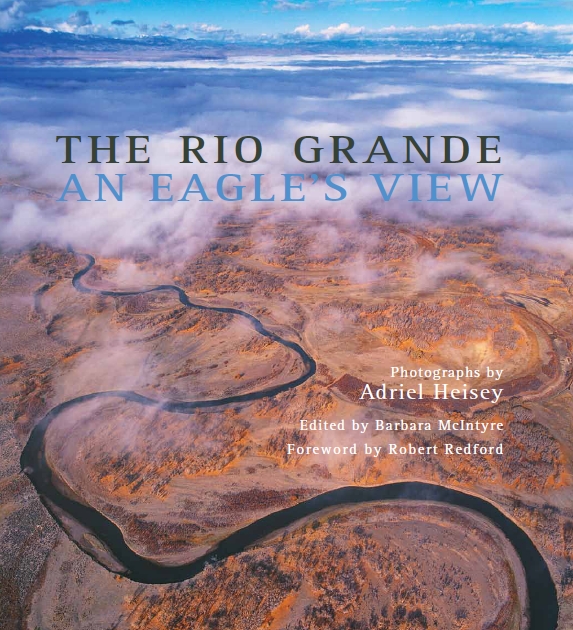 The Rio Grande: An Eagle’s View is a large format book with spectacular aerial photography that chronicles one of the world’s most significant rivers, underscoring its exquisite beauty and importance in the United States.

Photographer Adriel Heisey has captured the spirit of the river in his awe-inspiring aerial images of the Rio Grande from its headwaters in the San Juan Mountains of southern Colorado, through New Mexico and as it straddles and defines the Texas-Mexico border, culminating with its outpouring into the Gulf of Mexico. The aerial narrative flows from the river’s source to its mouth.

This beautiful hardcover large format book showcases 185 of Heisey’s aerial photographs. Robert Redford wrote the foreword. The afterward is by Senator Tom Udall and Steve McDowell wrote the main narrative which is a journey through time and both an elegy to the greatness the river has sustained and a passionate plea to restore the river’s vitality.